As with many of my material belongings, my appreciation for bicycles increases the longer I use them. This is especially true once I start working on them and changing things to suit my needs. I currently own three two-wheeled companions. One to go far with lots of luggage, one to go fast in comfort, and one to go even faster in relative discomfort. I call them Ruedi, Stierli and Zora.

All three had previous owners before me and they all have stories to tell that I will never know about. Out of the three, my yellow road bike has been my longest standing companion. I bought it when I was 16 or 17 years old at a used bike sale event – called Velobörse – in my hometown. My previous cheap mountain bike was too small and I wanted to get an old three speed ladies bike with a droopy top tube. Those were all the rage with the teenagers a decade ago. However, as trendy items go, they were all heavily overpriced, which I am glad about now, since those things are a sluggish ride.

Just as I was about to leave, I found a dark corner with old road bikes with a black and white frame in the middle: thin steel tubing, chrome mudguards, vintage lights, a working tire driven dynamo, a very uncomfortable saddle, Sachs-Huret gearing and steel rims. Probably made in the eighties, with all-original parts on it. I did not know what half of those things meant at that point and thought that I had stumbled upon a vintage classic for a measly 80 Swiss Francs. Turns out it was probably sold as a convenience store road bike and is nowhere near being a classic, but I learned all the foundations of bike maintenance with Ruedi and he started me down my path as a hobby bike mechanic.

The first things I changed were the fasteners of the rack and mudguards, as those came loose every time I rattled down the cobblestone streets of the old town, usually going way faster than I should have with the limiting braking power and the “suicidal” brake lever extensions the bike sported. Considering all the abuse I put it through during the first six years, it was surprisingly maintenance free.

When my city beater for Bern was stolen I moved Ruedi to the city. The increase in use and weather quickly showed. I learned a lot about bike maintenance and repair through readjusting and repacking the bottom bracket, replacing the brake levers and handlebar wrap and adjusting gearing and brakes. I also had a mechanic rebuild the back wheel and many more mechanics tell me to stop investing money into the bike. Consequently I decided to ignore that advice and do a complete rebuild, after repacking and readjusting the old bottom bracket for the umpteenth time and many of the components showing the signs of their 30+ years on the bike.

I had the frame sandblasted and powder coated, got a new NOS (=New Old Stock) Dura Ace crank and bottom bracket from Tutti.ch, found an Ultegra 9 Speed derailleur of the same year for 8.- from the Drahtesel, built a new back wheel with a solid touring rim and a modern 105 hub and threw some lights and a hub dynamo on there for good measure. It was my first wheel build and I challenged myself because I wanted a touring rim with a 130mm wide hub to avoid having to cold set the rear triangle more than 5mm. In other words: I did not want to bend Ruedi it too hard because old wheels are narrower than new ones.

Ruedi has since accumulated a ton of new dings and scratches, a slightly bent seat stay, some rust (that I cover with nail polish) and other defects. However, he still feels fast and efficient and rides like a dream to me. Maybe the frame will eventually die, maybe it will not. I hope I can continue riding it for another decade. 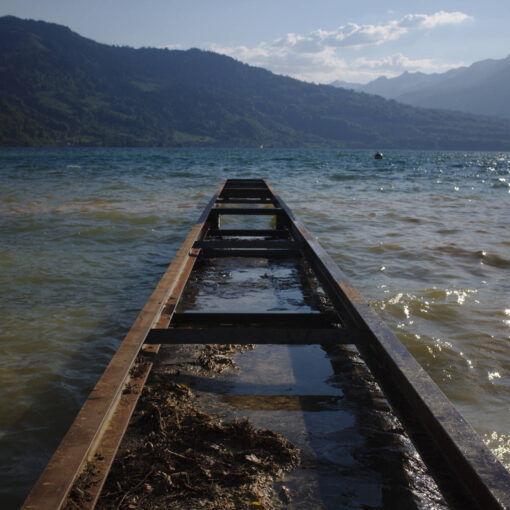 Things are not exactly turning back to normal and I myself am still mostly confined to the comfort of home. However, that […] 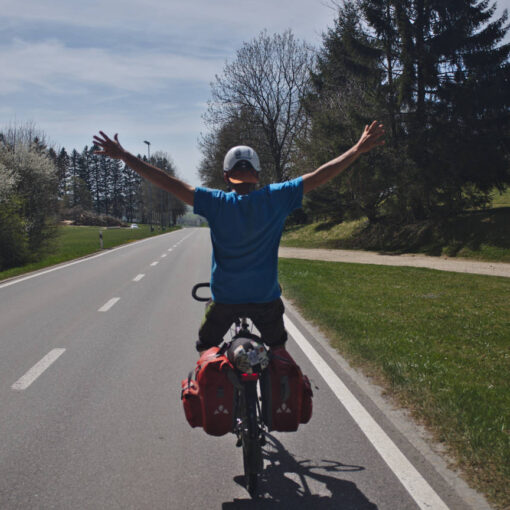 In our house, filled with five lovely people, the Corona Pandemic has been a rather pleasant time.  Being grateful for our circumstances, […]